Senior Camogie start 2022 with an impressive win over Erins Isle 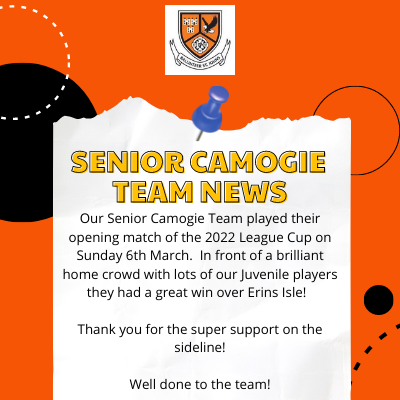 Ballinteer St. Johns Senior Camogie team had their first competitive game of the season, under new management, in Marlay Park on Sunday 6th March.  The team had an impressive win over rivals Erin’s Isle in a hard fought Senior League Cup Division 2 game.

BSJ got off to a good start scoring a number of early points from play and from set pieces, Eleanor Aherne leading with a range of impressive scores.  Despite being the first game of the season, there were great skills and fitness on display. The Erins Isles defense were in fine form, closing out chances besides best efforts of BSJ forwards. The BSJ pressure finally paid off with a poaching first half goal from the busy corner forward Siobhra Andrews.  The half ended 1-8 to 3 points.

With the advantage of a strong breeze Erin’s Isles began quickly to close the halftime deficit scoring 4 unanswered points. One of BSJ’s five Senior debutants Emily Adderley had a defense lead by Louise O’Hara under pressure. At the other end, Sophie Quinn and the BSJ defense exhibited great determination and brave scrambled play, hanging in for a win 1.10 to 11.

While only the first game of the season, there were great skills on show from emerging talented players, raising standards of our loved game. A young enthusiastic crowd of next generation camogie players watched and dreamed for their opportunity in the BSJ jersey.

The next senior league game is at home in Marlay, welcoming Faughs Celtic Camogie on 20th March at 10:30am. 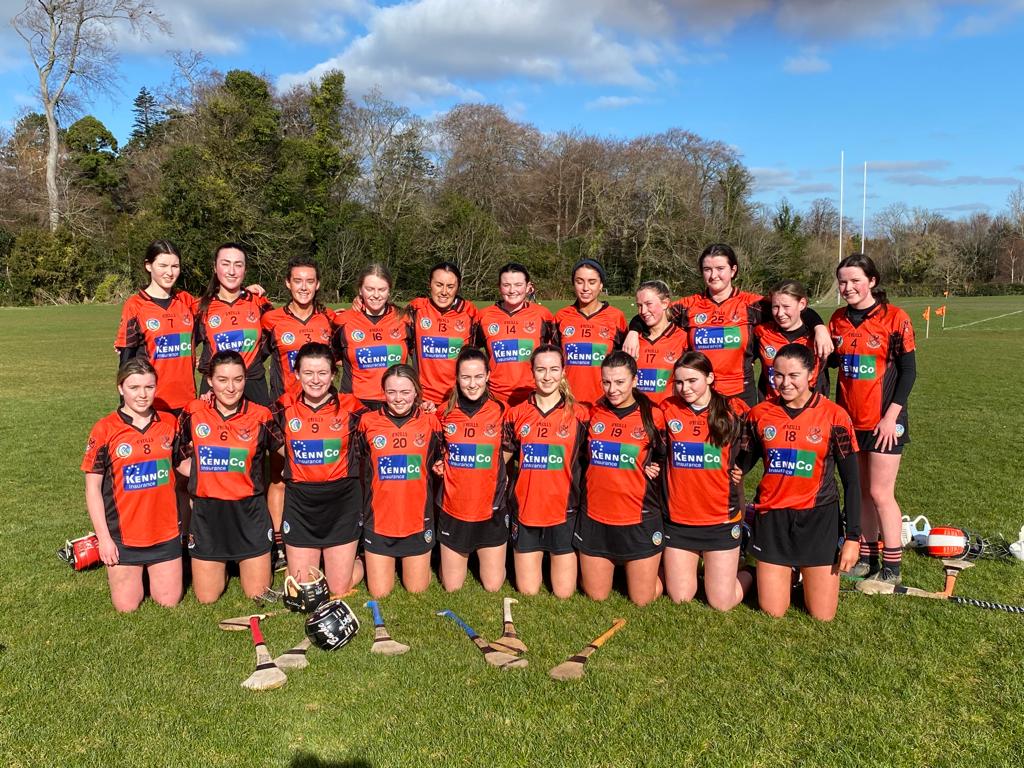 Thinking of a Real Tree this Christmas! Keep Celtic Chri...

Thinking of a real tree this Christmas? Keep @CelticXm...

Big weekend coming up! Another Championship Final! Our...

Today is our 3rd Club Shopping Day of Christmas!!Club Sho...

Invite to join our Senior Camogie Team in the Clubhouse, ...

It has been an incredible year for our Senior Camogie Tea...

On the 2nd Club Shopping Day of Christmas......

Our Club shop has lots of great gift ideas for you! Well...

“The Bernie Scott Camogie Tournament is a celebration of ...